Umpires are supposed o maintain order on the field, make consistent and correct judgment calls, and insure rules are followed. We played six games in a Tampa Softball Tournament and none of the umpires knew rules well, for four of six games they made inconsistent calls, and luckily in our games no one took it seriously to get heated, but I heard in one game...

an umpire called the batter in the on deck circle out because the batter at bat cursed. Not the proper rule and an abuse of power. The tournament director stated that and told the umpire to not come back the second day, but the player sat on the bench for the rest of the game.

In our games, none of the umpires knew the rule for courtesy fouls. A rule basic to the game of softball. I pitched a called strike, the batter swung at the next two pitches and they went foul. The rulebook says the batter is out. Before pitching the next pitch, I asked the umpire if they changed the courtesy foul rules or strike count for the tournament because by ordinary rules, the batter the batter should be called out. The Umpire said he did not know but I should pitch the ball. The batter hit the ball and due to a few errors, two runs scored. We lost the game by one run. Afterward the Umpire said he made a mistake. Too late.

In another game a batter had a foul tip after a swinging strike and he was called out. Again I asked if they changed the rules for courtesy fouls and the umpire said no. I explained the rule and the umpire said the ball did not touch the bat. The other teach said it did, the other umpire on the field said it did, the call was not changed. Batter out.

A runner ran into a catcher who was straddling he third base line two feet off home plate. The catcher dropped the ball. The umpire called the running our for running into the catcher. We asked why it was not called runner obstruction and the Umpire said because the runner should have slip. So I clarified by asking if is saying a runner who breaks a catcher's ankle would be called safe, but a runner who has to go two feet past a catcher to touch home plate is out? The umpire just said it was not obstruction and the runner is out.

Another umpire used the same rule to call runners out as second base. After the game the Tournament Director agreed that sliding into a fielder's's legs is not right and the umpire should not use a sliding safe, no sliding out rule. Also, we got confirmation that if a fielder straddles the line and obstructs a runner's path, the runner should be called safe. Most recreations tournaments and leagues institute that rule to prevent injuries.

There were a lot more complaints and they asked two Umpires not to return for the Sunday session, but it was too late for a lot of teams and the tournament because the seedings were set Saturday morning and the tournament started Saturday afternoon. It was the worst collection of Umpires we ever had at a tournament. Tampa, you blew it for most of us.

They got their money, think they care?

I have found no disagreement anywhere that the simplest and most universal definition of Malware is...


software programs designed to damage or do other unwanted actions on a computer.

So by definition, Windows 10 Update Assistant is malware.


The facts: I uninstall it at least once a day and it re-installs itself. It creates unwanted pop-ups that block my entire screen and prevent me from using my computer unless I click on the pop-up. That triggers another pop-up further interrupting my use of my computer. This unwanted action by Microsoft is repeated at least daily.

The Microsoft Corporation agrees.
This is how Microsoft defines a virus:

Viruses are computer programs or scripts that attempt to spread from one file to another on a single computer and/or from one computer to another, using a variety of methods, without the knowledge and consent of the computer user..

I uninstall the program. How else can I withdraw my consent for this unwanted intrusion? After I uninstall everything I can find that relates with Windows Update, the program re-installs itself. It is spreading from somewhere in another program. So by The Microsoft Corporation's own definition, Windows 10 Update Assistant is a Virus.


This is how Symantex/Norton Antivirus defines Signs of Malware


Most of the time, the presence of malware will be obvious even though you might not know how it got on your device. In fact, most people have no idea that malware has been installed until their computers start acting funny.

Specifically, watch out for ads that pop up a few seconds after a webpage is done loading. These ads will often contain inappropriate content, are difficult to close, and display flashing colors while blocking what you’re trying to view.

Take all of these signs seriously. If you suspect your computer has malware installed, turn it off immediately and disconnect it from the Internet.

The definition of Malware is not in dispute, from PC Magazine to Technopedia and beyond

What does Malicious Software (Malware) mean?
Malicious software, commonly known as malware, is any software that brings harm to a computer system. Malware can be in the form of worms, viruses, trojans, spyware, adware and rootkits, etc., which steal protected data, delete documents or add software not approved by a user.

So if you ever wanted proof that we live in a country where there are two standards for enforcement of laws, The Microsoft Corporation and Windows 10 is glaring proof. Even more, all Security software manufacturers work in collusion with Microsoft by allowing the Microsoft Virus free reign even though the actions of the Windows 10 Update Assistant software clearly meet the definition of Malware and a computer virus. If you created a program that did what Windows 10 Assistant does and infected other computers with it, you'd be in jail and banned from the internet. Microsoft just keeps taking billions of dollars out of our pockets. 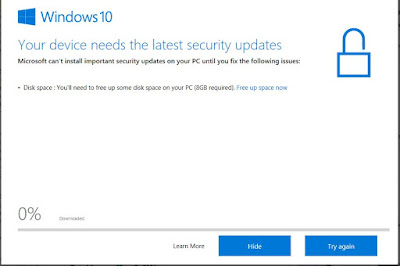 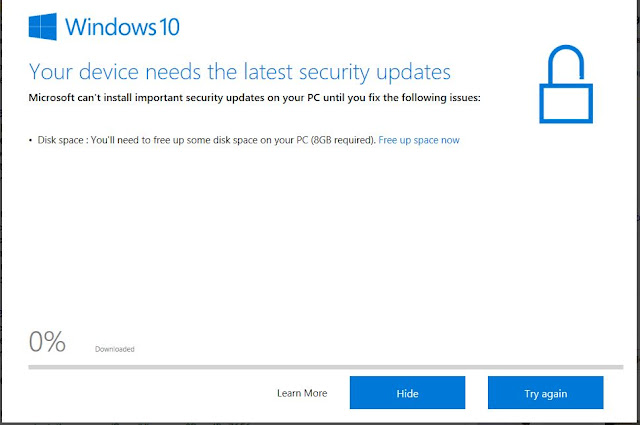 (so many spotlights, so little time)

(IT JUST FEELS SO GOOD
TO LET IT ALL OUT)